Kalamunda Aeronautical Model Society (Inc.) or KAMS began when a group of aero modellers flying with WARMS at Gibbs Road Jandakot, decided that there were enough of them from Kalamunda to form their own club.

The first flying field was on Water Board land at the end of Welshpool Road in Carmel. It was a cleared strip between trees but strong eddy currents made flying difficult.

The first meeting was in October 1975, when the idea of forming a club was discussed.

In November 1975, the name for the club was decided, office bearers elected and fees set.Meetings were held at a member’s house for a while, and later in the Anglican hall in Kalamunda.

In July 1976 (when Neil Giggins and Ken Wansbrough joined) we moved to a farmer’s field in the foothills at Forrestfield at the end of Bruce Road. Lengths of rubber belting were laid out to use for a runway.

The membership grew, and we enjoyed five years at that site before the farmer told us to move on.

Eventually, after 18 months, we secured a new site at the end of Southern River Road where it meets Ranford Rd. This site was very wet in the winter, and the entry could be two feet under water until Ken Greaves obtained fill material and raised the road level. After a year, when funds were sufficient, it was decided to lay down two bitumen strips, – a big improvement!
Ken Wansbrough contributed this brief KAMS history.

The club membership kept growing, and we started enduro pylon racing and scale events. The club had 84 members at this stage.
During this time,cross country flying events from York to Northam were held each year with four legs of 10km each, with pit stops between. Pilots flew from sports cars, utes and station wagons.

After five years at the Southern River Road site we had to walk away from the runways when the land changed hands.

Then followed a low period for the club when we went for two years without a field.

Two locations were tried, but found unsuitable.Then, in November 1986, a land agent had us inspecting the present field in Oldbury. At a historic meeting for the club in February 1987, the Committee proposed a plan to purchase the site. Using money from our field fund (started in 1980), adding funds raised from public displays, and by seeking advance fees from members to form a purchase deposit, a bank loan was arranged. However, the high 18% interest rate on our loan at the time had us struggling with repayments.  Then the MAAA announced funds were available for clubs to purchase fields and we were saved! The reduced monthly repayments allowed us sufficient funds to develop our new Oldbury field.

The final repayment to MAAA was made in mid 1996 and at last we were the owners of our Model Airport!

Since 2000 our membership has grown steadily to 158 in June 2007, making us the premier club in WA. Activities at the field include sport flying, jets, scale, pylon, gliders and combat as well as the occasional old timer event and free flight scramble.
KAMS celebrated 20 years at the field in 2007, and we are proud of what has been achieved over the years by careful planning and management of club funds.

This abridged version of KAMS history was contributed by much respected Life Member, the late Ken Wansbrough, who died February 2013. 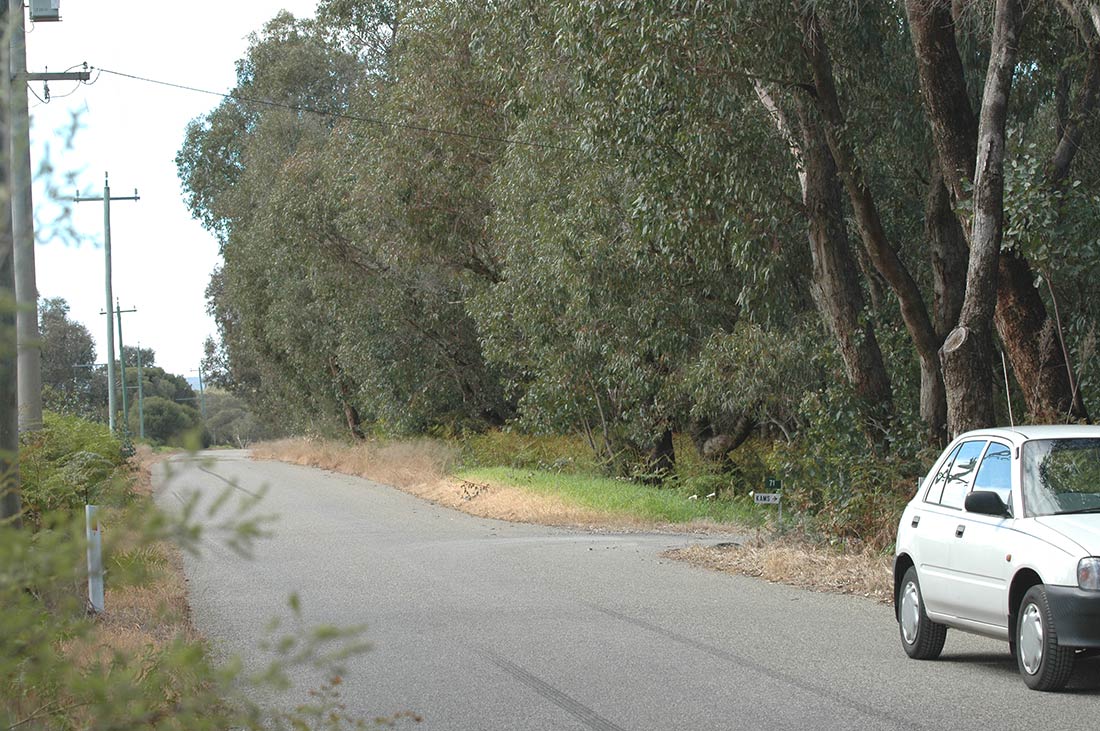 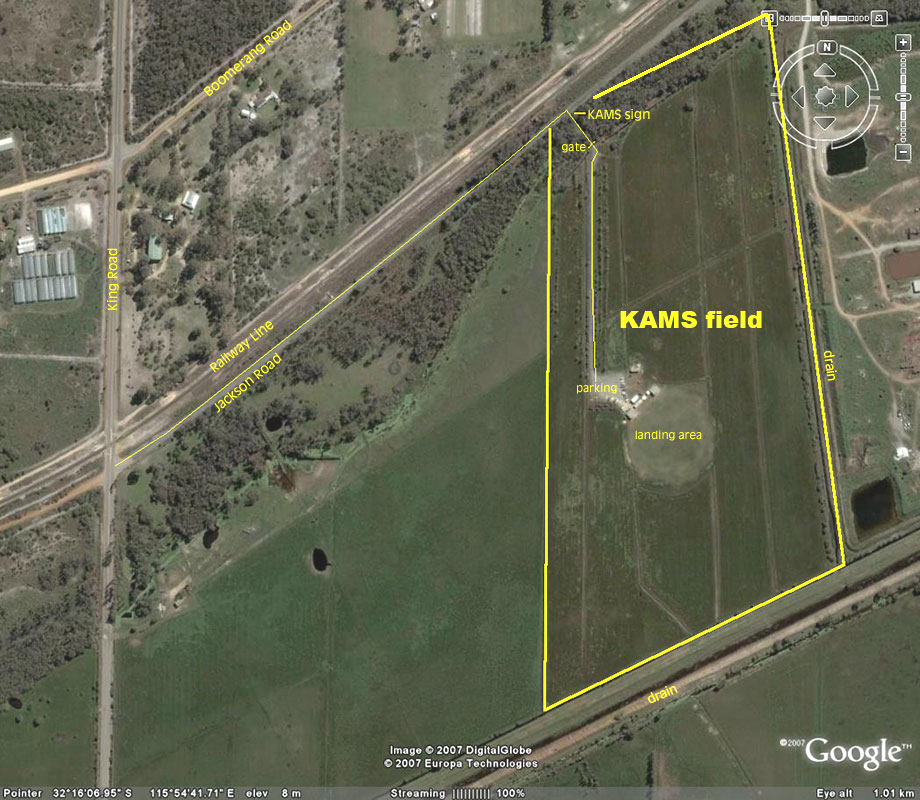 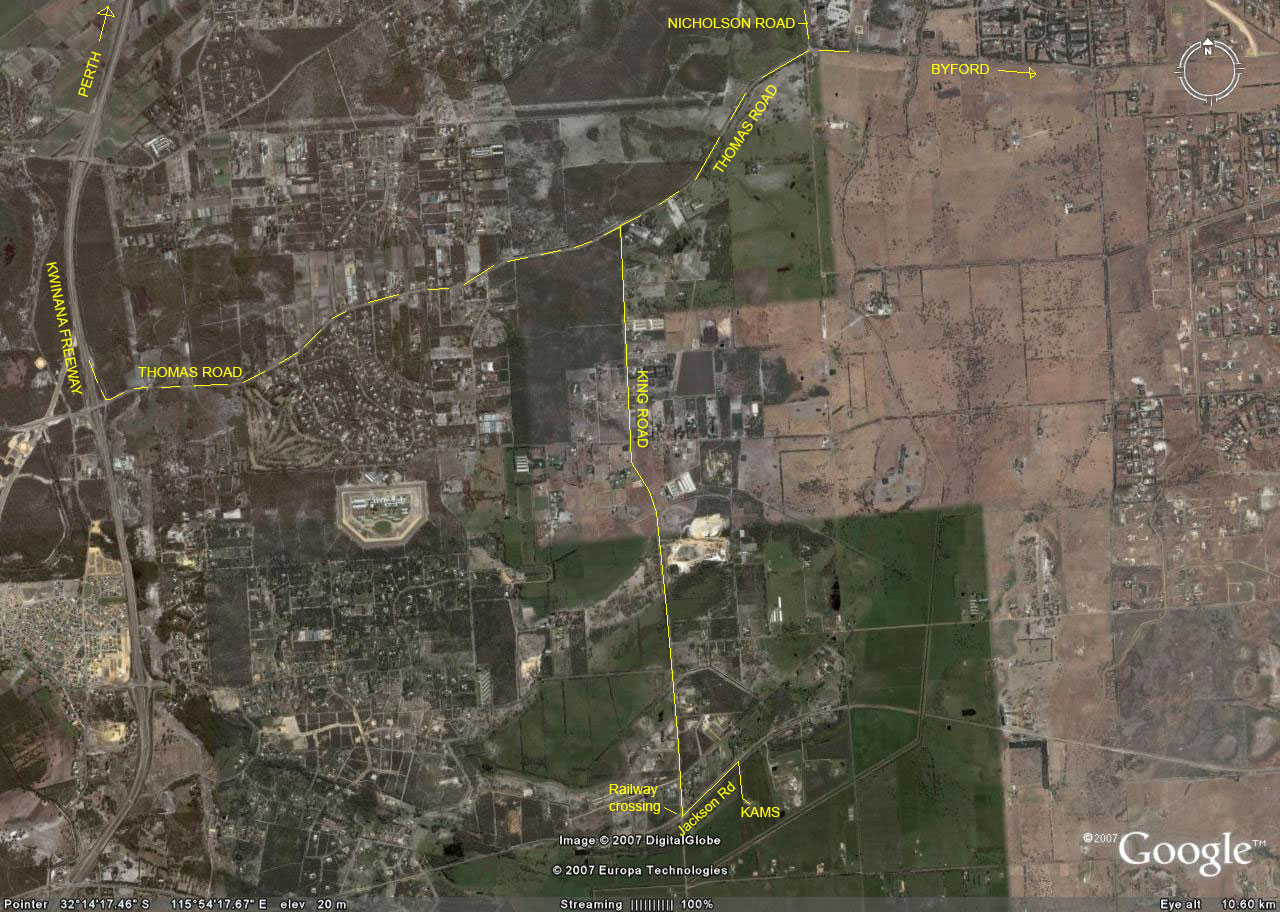