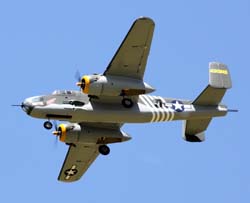 The annual “Warbirds over Mundijong” event is hosted at the Kalamunda Aeronautical Model Society (KAMS) field in Olbury.
What a great event this is and always with a magnificent turn out. The recent change of timing of “War Birds” to April (from October) was to take advantage of the great autumn conditions we have, which is generally the best season for flying.

Formal proceedings normally commence about 10:00am with the welcome and pilot briefing from CD Ian Johnson.
Over the last few years, there have been an increasing number of pilots from different clubs, both within the metropolitan area and from the country. It is always great to see them, especially given the distance traveled by some. 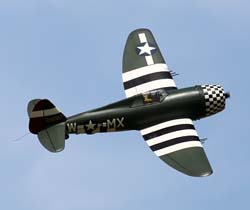 These events are regularly and generously supported by Scott Kerison of ACE Hobbies. Every year Scott donates prizes and giveaways in support of the Vic Longbon perpetual trophy and as an encouragement for this special event.There is no doubt about the appeal of “warbirds”. This is attested to by the large number of pilots who participate with their many different aircraft. The pits are always full with a large variety of war planes, all in their respective military colours.
These range from WWI through to today’s military aircraft.
Warbirds over Mundijong has always been an event that is focused on rallying together pilots with their love of these aircraft, and simply to have a great time flying and enjoy the camaraderie. However, as has been the case in the past, this gathering attracts great public appeal. KAMS is inundated with spectators simply wishing to see the aircraft and enjoy the spectacle provided by the pilots.
There is no doubt about the appeal of “warbirds”. It is the pilots and their love of these aircraft that enables Warbirds to take place. 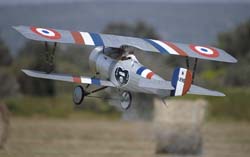 With the passing of Vic Longbon, who was one of the instigators behind the “Warbirds over Mundijong” rally, the event has been recognised as such with the awarding of the “Vic Longbon Perpetual Trophy” and the memorial flight of the vintage Magnificent Men
aircraft. These aircraft, like their real counterparts, are light and fragile and very much at the mercy of Mother Nature. The flight of the Magnificent Men aircraft is a fitting tribute to Vic who was both a consummate scale modeller and lover of warbirds.

Talk about being hectic – an event such as this is underpinned by keeping everyone well fed and watered. Again thanks must go to Malcolm Retallack for the canteen facilities that are provided on the day. 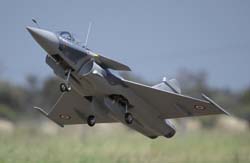 Between pilots and the public, the canteen is a nonstop operation. The gourmet tastes of all are further titillated with the home made wares of Jenny Doughty. Quiche, sausage rolls and other delights are much in demand.
Warbirds is all about pilots, their aircraft, good flying and great company. Well it can only be said that those objectives are always achieved and with the least level of anguish. Rowdy Matthews can do things with the Rafale that are not natural and that even the best pilots look at with awe. You can imagine the reaction of the public.

The WWI aircraft are always special and what is good to see is the increasing numbers at the field. The different and unique models which included, DH4s, Fokker Triplane, Blackburn Monoplane, Albatross DIII and Pfalz are majestic in the air.
As always, the jets are a head turner for both the public and pilots alike.

“Warbirds is all about pilots, their aircraft, good flying and great company”

Warbirds over Mundijong has been held at KAMS for 11 years and every year the facilities get better which ensures this remains a premier event.